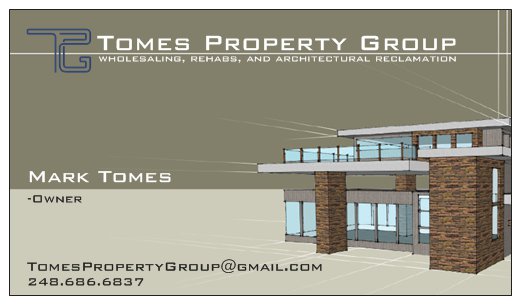 Usually when I write about my deals I delve into the numbers.  My last deal, though, taught me more about the way I think and how I would like to grow. It’s a story of a cheap house I SHOULD have passed on entirely, but didn’t, and how I COULD have made it better and faster by sticking with one mindset, but also didn’t.

My cheap-guy was forged in a time when I didn’t know I had options.  A time before I understood  most of my shortcomings were choices.  I didn’t allow myself to look beyond my poor thinking but I also was not willing to live in crap rather than work a shovel. I was cheap because I was broke. I learned a lot about fixing things as cheap-guy; cars, homes, clothes, and appliances (to name a few).  Having to fix things is not the same as being able to fix things.  Cheap-Me was  a VERY frustrated me that rehabbed 4 homes (one of them more than once).  I had help but I was a large part of each rehab.  It isn’t always bad being cheap but it isn’t always necessary.

Most of the time I hire jobs out and they get done better and faster than I can do them (not always, I am pretty skilled).   A few times, the projects have even been cheaper to hire out.  Sometimes it is safer for me and future owners/tenants to have certain things be hired out; even Cheap-Me knows this.

So, how did these two clash? Well, first off, Cheap-Me bought a house because it was the cheapest house in the area. I didn’t need outside financing to purchase or rehab the home and it looked like a good home for a fix, rent, refinance strategy. Cheap-Me didn’t care the house was out of standard for homes in the area as a 2 bed, 1 bath, 727sq ft oddball; sometimes the oddballs can be good rentals.

I purchased the house without actually having the funds on hand to rehab.  The plan was for rehab money to come out of the funds of my last rental refi.  In reality, the refi didn’t close until near the end of this project. I still was pushing for Hire-It-Out-Me’s plan.  I waited 3 months really get this project started.   I had budget with a firm do-not-exceed limit.   I should have tagged back to Cheap-Me.  Hire-It-Out-Me started, even though I knew I would not finish with-in the budget (after the budget had been expended, the contractor moved on to his next job).

After, I should have tagged back to Cheap-Me and finished the project myself, but again, I hired it out. I scrambled to find guys to finish a half done project; sometimes waiting a few weeks for them to become available.   All for jobs that I can do quite proficiently. Then my strategy of turning it into a rental changed.  I made the decision to list it retail. That is a whole other story for another time, but let me tell you,  the market for the smallest, weirdest home in the neighborhood is not booming like the rest of the real estate market.  There was no lipstick bright enough.

On the plus side, I hired out seven jobs and discovered a few great contractors to work with again. Two saved me money over just buying the materials and DIYing.  Two did work I could not do.  One is a trusted friend.  A few more could be hired again in the future.

I should have known from the beginning that this house would be a dud. I made money but I would have made more passing this deal up to work on a better place with a lending partner. This isn’t a new lesson for me but I have to temper my Cheap-Guy and remind myself that cheap shitty houses are just cheap and shitty.  I vow, from this day forward, I will not look for the cheapest houses!

Was this a failure?

I say no! I looked up a few quotes to help me reinforce why.

“The only real mistake is the one from which we learn nothing.” – Henry Ford

It was a story of SHOULD have, COULD have and DIDN’T,  all wrapped up into an important growth opportunity.  Now to apply what I’ve learned (a few times) and move on to the next one.