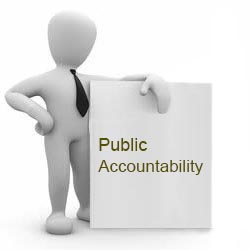 I stumbled across a new real estate investor on Facebook.com recently and as soon as I saw what he was attempting to do, I knew he would be a success.

Todd Brittingham made a decision to begin investing in real estate and he jumped in to the deep end of the pool right off the bat. What made Todd so intriguing was that he made the decision public by blogging and posting video every single day.

As I followed the blog and videos, I was sucked into his failures, his successes, his challenges, and all of the emotions in between. Todd was so honest and forthright about all of his actions, I couldn’t help being drawn into his challenge.

Todd made a huge public statement with this 60 days to $60,000 drive to freedom. He shared his hopes, dreams, and goals with the entire Facebook world. That takes guts. As soon as he did this, there was no backing out without public ridicule.

This move was genius on several levels. First, by making the commitment public, he had put himself in a situation where he couldn’t really quit. At least without some serious pain!

Second, by blogging and adding a video everyday, people like myself couldn’t help being sucked into his life and his goals. I found myself cheering for the guy on a daily basis.

Finally, using Facebook, Todd became friends with most of big real estate investors on Facebook. Every time he asked a question, he got answers from some of Metro Detroit’s best real estate investors. These connections really jump started his career in real estate and helped him build a power team in a fraction of the time it would have taken otherwise.

That’s not all either. Todd then started attending some of the local real estate investing groups around Metro Detroit. The major difference was he wasn’t showing up as a newbie or a nobody. Most of us have already heard of him and had been following him. Talk about a great ice breaker to really get the networking juices going! When I saw him, I approached him to ask him how he was doing. Talk about turning the tables at a networking event!

For anyone just getting started or if you seem stuck where you are at in your real estate investing career, I recommend you follow Todd’s example and I bet your results will be similar.

For those of you curious on whether or not he completed his goal successfully, you can check out his blog link below, I’m not going to give it away!

Be a Renegade,
Jeremy Burgess